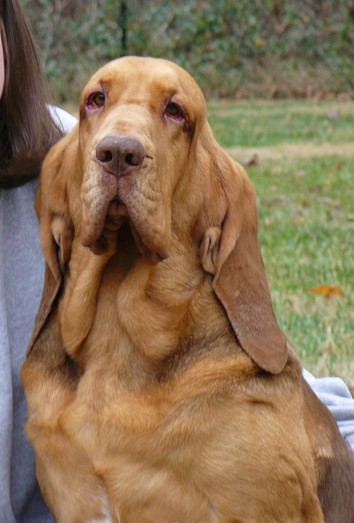 Shae, a singleton puppy after her one brother died a few days after birth, still loves to be the center of attention! She is quite the character and if you don’t watch her closely, there’s no telling what she’ll be up to! We enjoy visiting her when we are out in Kansas (Sherick’s Bloodhounds) as she lives there full time.
She is so much fun to show and she truly was born to be a show dog! She was flashy even as a little baby.We remember starting to train her and her half sister (Ginnie) to show leashes at less then three months old and Shae acted like she was already a show dog. She has a beautiful side gait that is effortless in all aspects. She was the Best of Breed winner at our American Bloodhound Club 2005 Midwest Regional Specialty, hosted by the Prarielands Bloodhound Club, defeating 39 dogs from the 9-12mos puppy bitch class! That same day she went on to be awarded a Group 4!nShae received an invitation to compete in the January 2006 AKC/Eukanuba National Championship Show held in Tampa Florida.
Shae took some time off from the show ring to become a Mom and currently has produced one litter of eleven puppies at M&M Bloodhounds, co-bred with Sherick’s Bloodhounds.
This girl has a captivating demeanor and usually catches the hearts of the folks that meet her! She is a very easy keeper, requiring very little maintenace which is unusual for the breed. Her coat is beautiful, slick & shiny and she has such very thin skin that it is hard to keep your hands off of it! 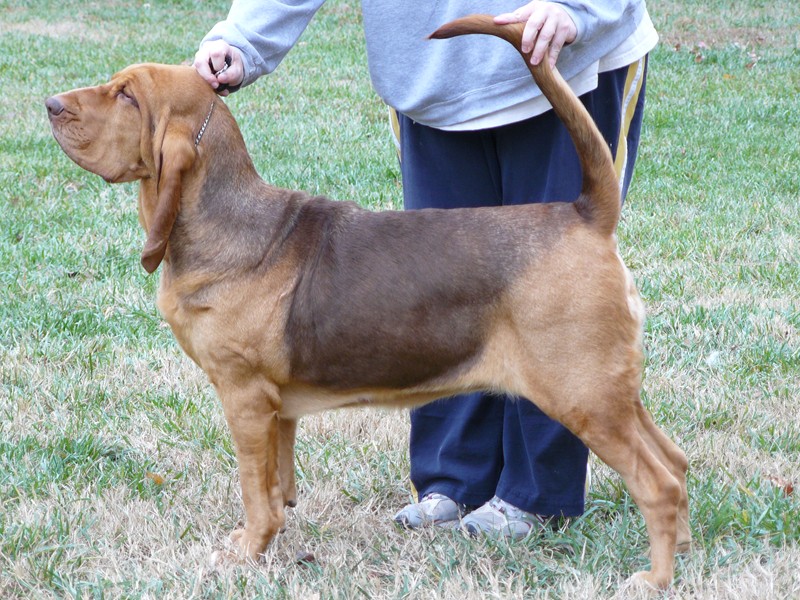 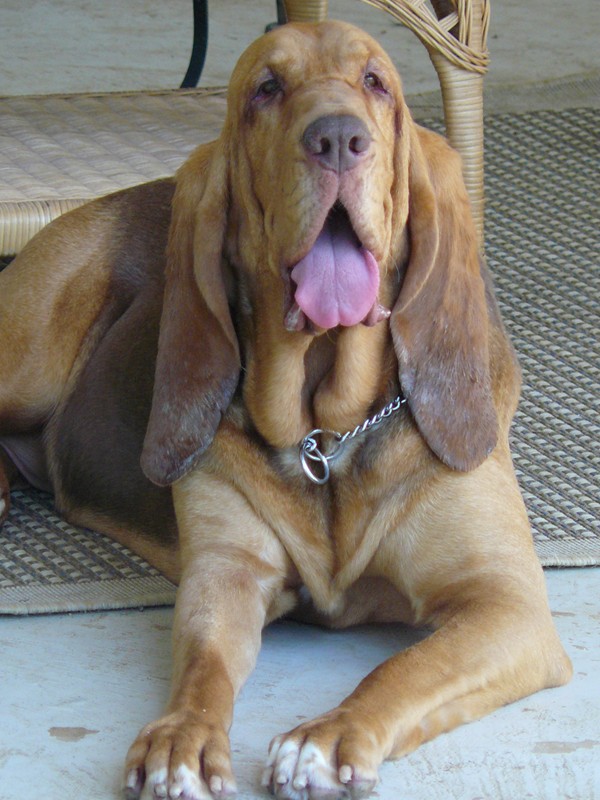 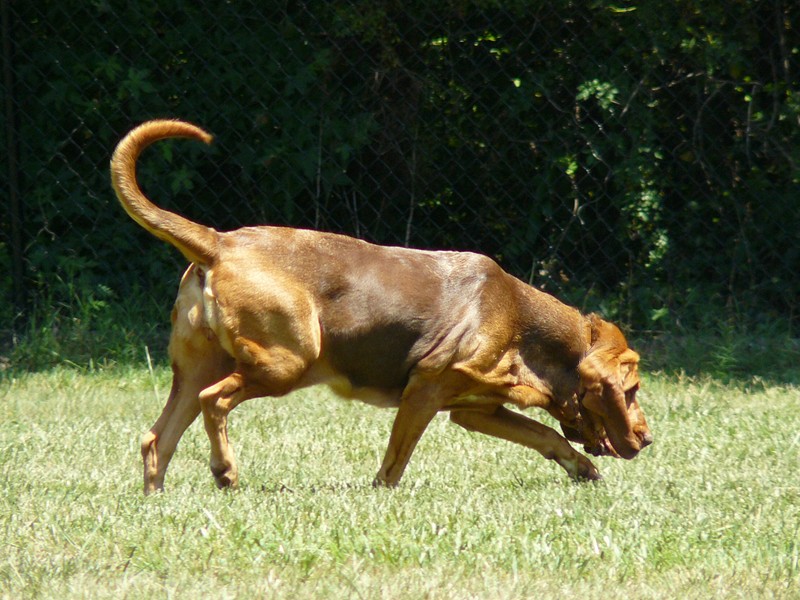